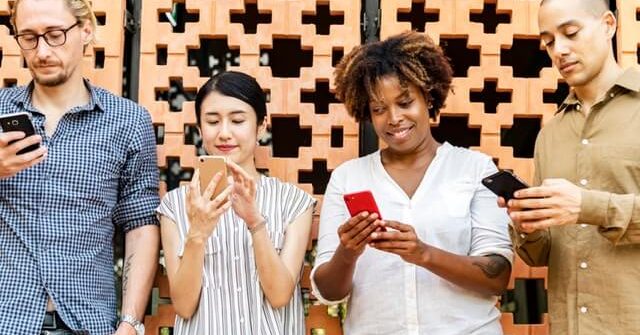 When I first thought of writing this blog, I didn’t know whether a few mindfulness tips would be enough to combat the ever-growing hold that our smartphones have on us today. The numbers just seemed too steep. Only two years ago in 2016, 77 percent of adults in the U.S. owned a smartphone. Smartphone use seems to begin earlier and earlier, with a whole generation using phones and tablets from as young as three years old.

The effects are undeniable. Young people who use smartphones and social media more face a greater risk of depression. Where we used to see vibrant conversation between friends and couples, now we see people hanging out alone together, attached by the retinas to whatever media they are viewing. Relationships suffer because of social media and smartphone addiction.

But as with anything in life, it’s often the little things that make the biggest difference. I really do think that using these three mindfulness tips will help you put down the phone and create lasting, meaningful relationships.

Building healthy relationships is undeniably good for our mental health. Since smartphones became common, our time spent online has increased. Work and other responsibilities take up the majority of the day, which already leaves little time for meaningful interactions with loved ones and friends. The time we spend glued to the screen in our hands can seriously damage the relationships each of us has worked to build.

It might seem like social media and video chat have the potential to increase the opportunities we have to interact with others, and certainly, that is true for people who live far away. But because connecting online is easier than connecting face-to-face, we run the risk of not keeping up with our relationships in a meaningful way.

To keep our mental health and relationships intact, we need to avoid replacing the time we spend with others with time behind a screen.

Put Your Smartphone Away When Talking to Others

We know that it’s not acceptable to be on the phone when with others, but we do it anyway. To avoid hurting your opportunities to grow your relationships, just put the phone away.

Only Use Social Media to Connect with Others out of Necessity

As I mentioned above, sometimes smartphones can be good for relationships—but only when there is no other way to connect. Most of us have family or friends who have moved away. Sometimes connecting online is the only way to maintain those relationships.

The only thing we need to remember: if you can’t talk to someone directly, it’s OK to reach out electronically—but try to call first!

Do you want to get more out of your relationships but don’t know how? Want more mindfulness tips? Schedule a free coaching session today!